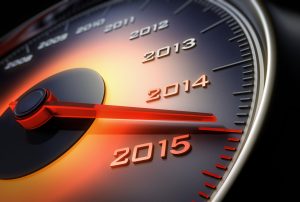 Time flies when you are having fun; time waits for no man; procrastination is the thief of time – there are many quotes, both cliché and profound which attempt to impress the importance of time upon us. But what is time really? Well…clock time is measured in this way for most people – a year is made up of 3153600 seconds which equates to 52600 minutes, 8760 hours, 365 days, 52 weeks, 12 months and finally one year is spent. Let’s not even go into decades, centuries, millennia and so on.

What we really need to understand that time is a sort of fallacy, even though clock time is seemingly measurable. Wherever one is right here and now in the present – that is where we are. If we went back into the so-called past to ancient Greek or Roman times, would we be living in the past? No, we would be living there living the present. Many millions of people today have grasped the concept of living in the present and why it is so important.

But, let us unpack this concept a little further?

There are primary actions, and secondary aspects of that make up the quality of a life being lived. Being present is a primary purpose of life, while planning for the practical aspect of life is secondary. So, being present does not mean – stop making short term, easily achievable goals, long term larger goals, five year plans and so on. It means not being here and now and going off to live in the future or past; in other words having our attention elsewhere when focus should be on here and now.

It is part of the human condition to lie awake at night, or drift off into a daydream to something bad someone did to us, or back to better times that are long gone. It is also part of the human condition for us to project to a future that does not yet exist, and worry, or wish were there already. Both of these actions either constitute living in what we commonly refer to as the past, or the future. It is hard enough to live here and now without worrying about what is going to happen next week, or what took place last week.

If we want to leave you with any message for the next 3153600 seconds of your life until 2016 comes around. It is enjoy who you are primarily, in the now, every single moment. Forgive, anyone who might have hurt you in the past – forgiveness is for you, not for them. What is done and gone is over, and while you are still breathing, everything is just fine. Don’t project into the future and worry.

Living in the present does not mean turning into some sort of aimless hermit who refuses to acknowledge clock time. The practical aspects of life need to be attended to also. We need to plan to have some sort of order in our lives, but we also need to remain present so that planning does not spiral out of control, and allow the future take control.

Yes, plane tickets have to be booked in advance, and we need to reach the airport on “time”, and it can be pain. But when we live in the present we enjoy being here right now, wherever we are and whenever. If we cannot enjoy, we accept, and if we cannot accept we surrender, but the point is we never want to wish that we are anywhere else but right here and right now.