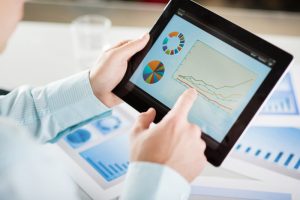 According to Wikipedia and “Turban et al. : “Customer service is a series of activities designed to enhance the level of customer satisfaction – that is, the feeling that a product or service has met customer expectation.”

Today, customer service is becoming more scientific than ever but some of the science behind it is not new. It is much more than about before and after-sales service. We live in a global economy, where the Internet is the chief protagonist, and Competitive Intelligence (CI) is the new catchphrase of the day. CI is not the only “CIA meets the boardroom” taking place by means of Internet technology, but it is not rocket science, and any business can take advantage of the benefits derived.

Businesses are watching their competitors through their websites, and virtually every firm that means business, has an online presence. By the same token, every business that wants to be on top of the corporate heap, should be doing the same. So, as Spy vs. Spy as this practice might seem, it is a lot more out in the open than in the bad old days, when the KGB and CIA were crouching on either side of the Iron Curtain – furtively recording every move made. However the techniques used are very similar to those that took place during the Cold War.

Competitive intelligence is designed to help businesses anticipate moves, and respond to opposition. So, just like the CIA, MI5, and the KGB recorded, debriefed, tracked, scrutinized, and analyzed every of each-others motives, matching them move for move in a process called “trade-craft”. So too are businesses involved in a very similar systematic process that is just as highly effective – CI.

The basic theme is to achieve a better understanding of what another business uses which gives them a competitive edge. We are not alluding to anything illegal or unethical such as industrial espionage. An example of industrial espionage is stealing the secret formula for Coca Cola. CI is above-board, astute, well-thought-out, systematic and an innovation which that drives better conclusions for companies.

One thing we can guarantee any business owner (A) of, is that their competitors (B,C,D and E) have made it their business to learn about (A’s) methods, in particular if (A) is successful.  (A) may be the biggest and best, but they still need to know what (B,C,D and E) are doing that enables them to have a stake in a similar market share. A Competitive Intelligence framework provides the tools to create more significant value, shape goals, formulate strategies, develop tactics, as well as counter threats from rivals in the same industry.

It is essential for any business to make a distinction between their brands, products, and services from rivals, even if these products are similar in nature. PWC (PricewaterhouseCoopers) has found that fast-growth firms use Competitive Intelligence, and find it to be either critically or at the least “very” important for enabling them to position themselves against threats, adapt to changes in the market, increase revenue, save money, and at very little cost in terms of return on investment. Even High School football teams use this methodology to great effect, and any business with an online presence, should be effectively making use of CI too.