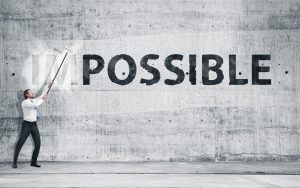 There are a few definitions for the word “success”. In modern times this noun means accomplishment of an aim or purpose, and its antonym is “failure”. The bizarre thing is that people often actually believe that if they are not a success, then, they are a failure, and this way of thinking is rather wretched. Another sad thing about the word success is that it is regularly equated to wealth, fame, and or social status. When we have not achieved wealth, fame, and or social status are we then considered to be failures?

Sensitive as this subject matter might seem, it is not difficult to address. If the definition of success is the “accomplishment of an aim or purpose”, this states nothing at all about wealth, fame or social status. The accomplishment of an aim or purpose is personal to every human being. Prosperity, luxury and an easy life are all modern-day trappings of this word. In archaic times its antonym was not failure, and success could be used for a good outcome, or ill-success for a not so good an outcome.

It is stunning to think how many people define this word purely with making or having a great deal of money. Don’t get me wrong – it’s nice to have money, and it certainly makes life a lot easier, but different people define success differently. Often concentrating on the “money” part of success only creates worry, stress, misery and the naive belief that because we have money we should be happy. It’s all about balance and having a holistic ideology – perhaps health, wealth and happiness are more sensible components of success.

It seems almost pointless being wealthy if there is no enjoyment in this. Besides that, it is a great deal easier, more likely and more fun to become wealthy when we are doing something that makes us happy. All things considered if we start thinking about creating wealth from a position of happiness or peace, and health then we have a positive foundation from which to build. Defining success as being happy rather than rich may not meet other people’s standards, but the important thing is one’s own standards.

Pursuing a career that is lucrative for the sake of making money rarely makes for a happy person, unless they are pursuing a career that they love. For those who have this it’s great, for those who have not, things can change. Charles Darwin is often credited with the phrase “survival of the fittest”, but what was actually said (this is a free translation) – the species most likely to survive are those with the ability to embrace, and adapt to change. So, a determined focus on change often yields dramatic results.

Motivation is important for change in focus, career, or one’s own definition of success. It means conditioning the mind to think positively, and avoid negative thoughts. The body is important too – the way one looks and feels helps boost positivity. Exercise and healthy eating always makes us feel good, even if this is hard to admit when munching on another Big Mac. Don’t take success too seriously, mix with, or speak to like-minded people, avoid the naysayers negative onslaught, and take action to do this right now, there never a better time to start than in the present.