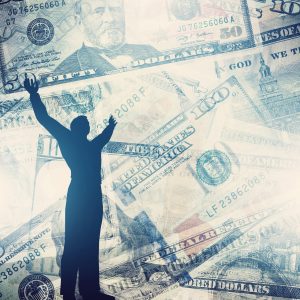 By now you get the picture!

Fundamentally every single person on this planet is different, and although it is fabulous to have a mentor helping us out, all our needs are ultimately different. For one person financial success could be having the means available through residual income, to travel the world. For another this might be running a successful business, for another, retiring with enough to get by, and for others – just having enough to donate to their favorite charities at the end of the month.

Success is measured by the person enjoying that success, not by standards in advertised media, or the measure of how many vehicles Mayweather owns. It is something deeper than the tangible items and services that money can buy. It has been said that money does not buy happiness, but it sure does grease the wheels of happiness a little, and it is no sin to make a profit. However, how much is enough? Just like there are any number of steps to financial success, any number of money can be enough or not enough. It is a personal choice!

There is a character in Charles Dickens’ David Copperfield – Wilkins Micawber – he said “Annual income twenty pounds, annual expenditure nineteen pounds nineteen and six, result happiness.” These are very wise words, after a lesson learned by a character who was eternally running away from debtors, and eventually found himself and his family locked up in a debtors prison.

One requires sufficient income to satisfy needs and stay out of debt, whilst at the same time being able to create wealth. It is identifying the need that can sometimes become complex on a personal level. It seems to be at this juncture that we would like to believe, there is some kind of magic in the number of steps taken to fulfil that need. However, there are some very practical approaches available to start with right away.

Most income comes from salaried earnings, so for the purpose of this article we use earnings as an example. A minimum amount needs to be earned to survive, anything above this amount can create wealth. While there are ways to maximize earning potential, we don’t need to wait for higher earnings in order to have surplus available. Keeping spending below earnings allows for surplus.

If Penny makes $40 000 a year and spends $27 000, she has a $13 000 surplus. If Bob makes $1.5 million a year and spends $1.75, it does not take a mathematician to see who has more fiduciary responsibility – it is Penny. While Bob has the potential to make more money faster, if he doesn’t mend his wicked ways, he could wind up in serious trouble. If Penny continues in this way she has more potential for growth.

It is like we said earlier, there are no number of steps that are going to guarantee success when it comes to finances. The simpler we keep things the better, and the better we know our needs, the easier it will be to get just what we want. Fundamentally, any kind of success is about making the right kind of choices for you.