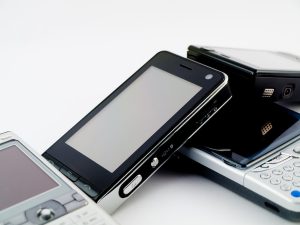 When new electronic “stuff” comes out, people line up outside the stores to buy the latest and greatest “stuff.” When the holidays roll around, people stand in line, shove and push each other, and even pepper spray other customers just to save money which purchasing “stuff.” When these shoppers are successful, they come out of the store clutching their purchase and smiling as if they were happier than they had ever been before. But does buying “stuff” really lead to happiness?

Whether you’re buying a new cell phone or large screen television or saving a bundle on Christmas tree trimmings, those purchases can really own provide short-term happiness, if they can provide it at all. Think of it this way: if your new cell phone really produced happiness why would you need a new one every year or two? Real happiness doesn’t go away just because a faster processor or better camera is installed in newer phones. “Stuff” can only make you happy briefly then you’ll need to buy something else to replenish that “happy” feeling again.

Unfortunately, as a culture, we have become so obsessed with the idea that “stuff” equals happiness that we fill our homes, garages, storage sheds, and even off-site storage units with it. Most people don’t make enough to keep up with their need for continued “happiness” so they max out credit cards, take out second mortgages, and drain their savings accounts to keep adding “stuff” so they can maintain that illusory feeling of happiness.

Does that mean you should give away all of your possessions and live in the desert or something? That is an option but is probably not the right option for most people. There’s nothing wrong with buying things to make your life easier or simpler or to entertain your family.

But there is something wrong with thinking your happiness comes from what you buy. It doesn’t. If you feel that buying the latest tablet will make you happy, the problem is you either don’t have a source of real happiness in your life or you have failed to recognize where your real happiness comes from. And that is a serious problem because if you don’t appreciate the things in your life that give you real, long-term happiness then those things can be lost and you can’t go back to the store and replace them or buy an extended warranty to fix them.

Basically, you’ve got to avoid the trap of equating buying things with generating happiness. Real happiness comes from things you can never put a price on; things you don’t have to replace every two years; things that aren’t announced in press conferences, hyped in commercials, or promoted at conventions. So start focusing on your sources of real happiness.