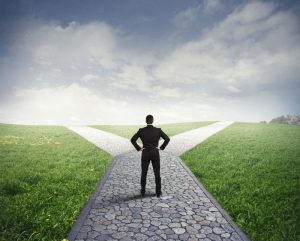 The late Steve Jobs is responsible for this quote – “Remembering that I’ll be dead soon is the most important tool I’ve ever encountered to help me make the big choices in life. Because almost everything – all external expectations, all pride, all fear of embarrassment or failure – these things just fall away in the face of death, leaving only what is truly important.”

When it comes down to dealing with the matter of choice, this Steve Jobs quote might be quite a radical example to make use of. Not all of us find ourselves in the position he was in when confronted with making important choices. On the flip side of the coin, this quote has more than likely helped many people who have been confronted with making choices, no matter what circumstances they endure.
Choice ~ (noun) the act of choosing between more than one possibility.

Today most people understand that they have choices regarding just about everything, but some people still have difficulty exercising natural choice. Scientific studies are available which go into this in depth, and the study of decision analysis has in fact become a discipline. It comprises the theory, philosophy, and methodology to professionally address vital decisions in a formal way. While decisional analysis does have its place, it is all very “formal”. And we simply want to take a very brief look at what choice is, and the fact that they have to be made.

There are simple choices – like – what to get out of the freezer for dinner tonight (although even these is difficult for some), and more complex choices, such as career path, life partners, or who to vote for. Basically we are forced to judge the merits or more than one option, and live with that decision thereafter. The more complex this decision becomes, the more cognitive feeling, motivation, and instinct become involved; being based on multiple influences, as well as much more important outcomes.

There are many countries still today in this world where its people have very little choice. We in the First World rarely suffer in this regard, and are raised knowing that choice is a right, not a privilege. When choice is artificially restricted, making one can cause discomfort, and when there are too many options available this too can cause discomfort and or confusion.

Decision making is broken down into – command, delegated, avoided, no-brainer, and collaborative – all quite self -explanatory. The mechanisms we use to support choice are rational, recognition, intuitive, and a combination of these three. We also look at these mechanisms from a business, personal and consumer point of view.

Making a delegated choice includes, flipping a coin for heads or tails, or some other way that randomly produces a yes or no decision. Flipping a coin to decide if we want cheese on our burger is fine, but much more complex choice making is required when for example something moral is involved. For sake of argument – the decision to call a death sentence down upon someone in the criminal justice system. Flipping a coin would (excuse the pun) be “flippant” in this situation.

Effectively choice should be within the realm of the person most affected by that decision. This right is taken away from people who have acted outside of the law, and been convicted, or who are living under despotic rule. Our own fate is still very much in the hands of most us.

While Steve Jobs was in an unenviable position when he quoted the words in the first paragraph, he still cited that his impending death had provided him with the “most important tool” to make the big choices. We should not have to be looking death in the face before we realise that tools are available. There are many ways to learn how to make good choices.