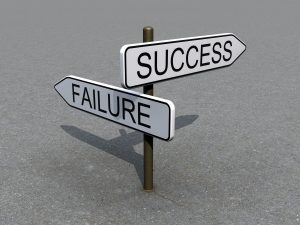 The other night I was attending my son’s piano recital. It was truly amazing to see all the kids playing their hearts out on stage. For many of them, this was the first time that they had had ever played in front a large group of people.  They all did a wonderful job.

One young man in particular struck me as noteworthy.  It seemed that he was new to playing the piano. He began his piece and it sounded a little slower than it should have but he was doing a good job of getting through it until the middle section.

Somewhere in the middle he got stuck. He just stopped for what in actuality was a few seconds but to him must have felt like an eternity. It appeared is if he had forgotten what to play next. He came t o his own personal “Moment of Decision”.

I wondered, “What would he do”. He had two obvious choices: Stop right where he was or to continue on.

He chose to continue on and was terrific for the rest of his performance.

Imagine how great he must have felt for having the courage to continue on. Perhaps you have experienced that sense of gratitude and achievement for having made a decision to continue on in the face of adversity.

On the flip side, he could have decided to stop and give up. How do you think he would felt about himself then? Disappointed? A failure?

Isn’t it true that we feel that way about ourselves when we choose not to make the tough choice to move forward?

In life we are often faced with “Moments of Decision”.  And invariably the quality of the life we live is directly related to the choices we make at those moments.

Given the chance, I believe that we all want to feel good about ourselves, to build our self-esteem. The only thing stopping you from have that feeling is the unwillingness to make the tough choices.

You are now at a moment of decision.  What kind of future do you want for yourself? If you willing to make the tough choices now, you will give yourself the ability to create whatever you desire for your future.

It has been said, “When you are will to what’s hard, life becomes easy”.