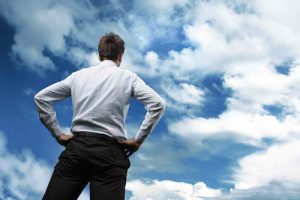 The way that leaders run business has changed substantially over the past few decades. One of the biggest changes is the fact that they no longer lead with authority, they use influence and persuasion, or should be using these methods. It has become obvious in todays’ world that power and control do not have the same impact as the art, or science of persuasion, and there is a body of expert scientific work available in support of this change.

Fundamentally, a rapidly changing world as well as workforce has ordered a revolution in management styles. Management styles are therefore evolving continually to accommodate changes in technology, as well as the way people think. The days where autocratic, command and control management was the order of the day have long gone the way of the dinosaur, and best practice now uses the “team” approach in order to lead effectively.

The point of persuasion and influence in leadership is to empower the workforce, and involves effective communication, amongst other skills. Workers are being encouraged to operate independently, and question “why?”, while leaders are learning quickly how to become more influential. The sooner a leader learns the art of being more persuasive, the more likely a business’ goals will be met with far less frustration and resistance internally, or externally.

The word “persuasion” in Merriam-Webster is described as follows: “per·sua·sion noun pər-ˈswā-zhən: the act of causing people to do or believe something”.. And despite popular belief – this is not an immoral act. People sometimes mix meanings, and believe the word is the same as “manipulation”, when nothing could be further from the truth. The major difference between these two words is the objective behind the action. Manipulation is generally self-serving, and harbors serious ill-intent.

On the flip side of the coin, and in terms of the use influence and persuasion for organisational success, the principle skill used by leaders is as we said earlier – communication. This means either verbal or non-verbal communication, or both, used to powerfully connect with the workforce to achieve a mutually beneficial result. The main focus is placed on activating reciprocity to master fellowship.

There is a ton of psychological evidence available that has proven good leaders to be more effective when they influence with positive effect. For example the transparent sharing of information within an organisation! This keeps workers at all levels in the loop, as opposed to the old way of treating them like mushrooms – fed s*@t, and kept in the dark. Other positive means of persuasion include focussing on the strengths of a workforce, rather than looking for negative attributes, and picking them out. This kind of positive intent keeps workers moving forward, helps to engender trust, and inspires motivation to reach for the stars.

Business success depends a great deal on our ability to influence and persuade people; the teams who work within the organization, and the customers who support its products or services. Leaders therefore need to learn how to use their influence up, down, and across the entire landscape of the organisational scope, even where they have no direct authority. Have we persuaded you of that yet?