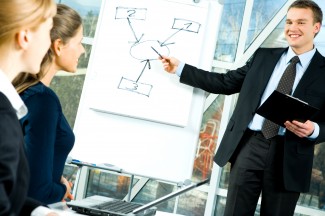 What springs to your mind when you hear this word; “persuasion?” It can be one of those words that your mental spam filter immediately knee-jerks in reaction to, and relegates to your mental junk mail-box. It might conjure up deception, suspicion, manipulation or even worse – corruption.  But, indeed the result of persuasion can be to deceive or corrupt the mind of those who are easily captivated.

Once “persuasion” has been sent into your junk mail box it might stay there. It could mean that you are closed-minded about this and indeed any other word that is foreign to your mindset or the way that you think. But if you stop and think about it logically, we all use means of persuasion. As we become older the means may change but persuasion still stays what it is – a way of getting the reaction we want or need at the time.

In life, in business and in fact virtually everything we do, we use persuasion to get things done. For example – you want a doctors’ appointment, they only have one time available and this time doesn’t suit your schedule. You then use persuasive speech to urge, entice, or convince the person making the appointment, to fit you in at a time which is suitable for you. That’s life!

How does persuasion fit into public speaking? To answer this question we go back in time – let’s go to Ancient Greece and the beginnings of formal public speaking. In the language of rhetoric for lay-people, the meaning of “persuade’ is used in a positive light. It means to change the minds of the audience or convince them by means of reason and or logic.

Convincing people with reason can be put to very good use in public speech – we see politicians do it all the time when they debate a subject with an opponent. We listen/watch these debates too and are either persuaded or not. Children are taught debating skills in school or they used to be; for the precise reason of persuading an audience, so, this is a classically educated, and acceptable way in which to speak.

To change the way an audience thinks; it is also a useful tool to know how they think. In fact knowing your audience is one of the first considerations when putting together a speech. Not all speakers can get a sampling on the audience and their thoughts on a subject, but let’s suffice it to say that in most instances, an audience would not be seated in your presence if they did not want to hear what you had to say. Even if they disagree!

The three most basic tools of persuasive speech, which we also call ‘rhetoric’; are:

« Logos – which is a logic or reason driven appeal, for example studies that are research based are logos-driven.

« Pathos – is an emotional based appeal and speakers use this to sell their message. Much the same way as advertisers use pathos-driven messages in order to sell. For example exaggeration appeals to emotional intellect. As in…oohhhhh boooooy, did you ever feel that way?

« Ethos – establishes credibility and reaches out to the audiences mind. It creates rapport with the crowd, and is about believability as a speaker.

Asking Questions enhances the speaker powers of persuasion, in other words they help you persuade. Reason can be used with argument, to really get a point across – but it also helps to be very, very tactful at the same time. A yacht does not sail well when it takes the wind head on, but tacking (tactful) works very well. So, don’t take an audience head on, try to get into the way that they think, and be attentive to the audience in order to be an effective persuasive speaker.