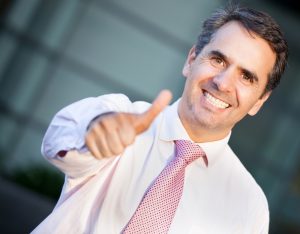 One of the main focuses of coaching is to enable you to think a little differently. It’s not about “positive thinking” though that can be a part of it. It is, however, about giving you a new set of skills to approach problems so that you can achieve better results in the past.

If you have no negativity in you at all, then we wish you all the continued happiness. However, we ordinary mortals often find ourselves trapped by our fears and this can come across as negative – when it’s not meant to be.

Here are three top ways for us to trap ourselves before we’ve even started, “negative thinking traps” if you like.

Audrey Hepburn had the right of this when she said; “Nothing’s impossible, the word itself says – I’m Possible!”

If you believe something to be impossible, it almost certainly will be. With the exception of certain physical laws, people have done the impossible on a regular basis for centuries. Roger Bannister was told it was impossible to run a four minute mile, nowadays because we know that’s not true people do it everyday, it’s so possible – that it’s unremarkable.

It’s closely linked to “It’s impossible” but think back to when you were younger and how frustrating it was to be told “it can’t be done” even when you could clearly see that it could be done.

James Arthur Baldwin said; “Those who say it can’t be done, are usually interrupted by others doing it.” There’s a great deal of truth to this. Even the smartest of people put limits on the world and find themselves falling a little short of the line at times. One of the easiest ways to be able to do things is to assume you can do them in the first place.

This one’s a little further from the other two. It’s always worth asking yourself when you think something’s going to be too hard; “What in life that is worthwhile isn’t hard work?”

Relationships take effort to maintain and remain rewarding. School work may have been hard but it put you in the career you’re in today. Learning to drive can be a frustratingly difficult task but you wouldn’t give up the freedom that being mobile brings would you?

Real work is real work, but because something is hard doesn’t make it less rewarding – it should make it more so.

However, many things that appear to be hard work – aren’t. They look hard because they start out as mammoth tasks. We’ve all heard the old line; “How do you eat an elephant? One bite at a time.” What it means is that we need to break down tasks into manageable chunks. We’re not incapable of doing mammoth tasks if we see them as a series of small and easy ones.

Once you start avoiding the negative thinking traps you can start to be greater immediately. These aren’t difficult concepts to put into play, but they quickly remove the psychological barriers to delivering great results. If you still find it hard to work through these barriers by yourself, or you’d like to find out how much greater you can be – you might want to consider working with a coach to realise your full potential.