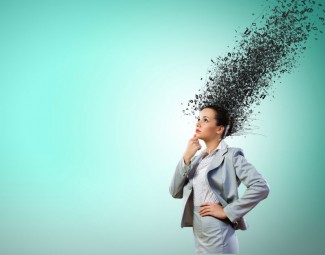 There is a great deal of material available today regarding the Law of Attraction in its relationship to wealth. There is a deeply spiritual aspect to this, combined with solid scientific theory which makes for a holistic approach, rather than the simple concept of – “work hard and you will get rich”. While there is nothing wrong with working hard, or being financially successful, different people define different things as being of value to them. So, “wealth” is not necessarily about monetary wealth, it depends on what is valuable to each and every individual.

The principles of Quantum Physics postulate that “we attract what we experience”. So, having a little understanding of Quantum Physics in relation to the Law of Attraction can hardly go amiss. This is not about the math, but rather about applying principles which are scientifically considered to be the “building blocks” of the entire Universe.

The implication is that Quantum Mechanics can assist us in building the life we want, while we are alive on this Earth. We are fundamentally talking about the life of our dreams. Whether one dreams to be as rich as Croesus or not! What really is key, is some sort of balance. So, a life of our dreams might ideally include – health, wealth, peace, and happiness. How Quantum Physics comes to the party is supported by long-standing, as well as modern scientific discoveries in this field.

At this stage in time there are a number of physics postulates that define in which way the Universe works. While we must bear in mind that these are varied, we still have more proof available than ever before how it all pulls together. Einstein’s Theory of Relativity, his dabbling in a Unified Field Theory, String Theory, Phenomenology and much more, have all added to the knowledge that the Universe has been determined to be made up of energy – fluid, vibrating and ever changing. Expanding contracting, much like the heart, lungs and very planet we live upon mimics this movement in expansion and contraction. Very simply – as above, so below – as without, so within!

The problem is, however do we go about harnessing something as “unformed” as potential energy, and using it to make whatever we desire for our lives. The Law of Attraction is how. Universal creative energy is recognized as being non-physical, and spiritual in origin. It is the “source” energy which is all it is and can ever be. This source energy offers the potential for manifestation, which is basically bringing into being different truths of experience.

Just as everything is made of energy, our thoughts are energy too. So, what we think, we make come true. Just think about when something bad happens – if we fight against it, things generally get worse. Acceptance and surrender help the bad to go away, and positive thinking helps things to get better. We are an extension of the source energy, and the Law of Attraction harnesses this divine design for us to create whatever we think about positively. We can and do create our own realities of experience, rather than just letting life happen.